The leading event for the upstream creative fashion industry, which

Anticipates the zeitgeist, trends and colors throughout the seasons 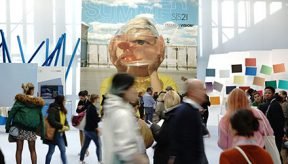 For 3 days, twice a year Première Vision Paris takes up the challenge of bringing together at Paris Nord Villepinte all the resources needed to build your apparel, leather goods, footwear and fashion jewelry collections.

Featuring yarns, fabrics, leathers and furs, surface and textile designs, accessories and components, and fashion manufacturers, the show offers a complete panorama of new raw materials and services for the fashion industry. 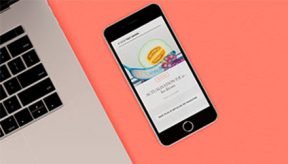 A digital event to complement the show:

Want to live the PV experience?

Pics of the last show

Première Vision Paris is also committed to supporting the creativity

The PV Awards are an opportunity to reward the most remarkable, inventive and innovative creations and leathers selected among Première Vision Fabrics and Première Vision Leather exhibitors.

In all, 8 PV Awards are handed out, 4 prizes for fabrics and 4 for leathers:

To choose the winners, each September we bring together a prestigious jury composed of influential personalities from the international fashion scene.

This international competition (formerly Texprint), now organized by Première Vision, is a unique opportunity for final-year students from fashion schools around the world to benefit from international visibility. Once a year, 20 students are selected to compete for the 4 following prizes: Grand Jury Prize, the Imagination Prize, the Interiors Prize, the Materials Innovation Prize. Discover the winners of the NextGen Awards 2020.

Discover the winners of the NextGen Awards 2020.

Hyères Festival: supporting the creativity of the future

Since 2011, Première Vision has been a partner of the International Festival of Fashion, Photography and Fashion Accessories in Hyères, which is held every year at the end of April at the Villa Noailles. At the end of the competition, a jury of prominent industry professionals awards three prizes for fashion, including the Première Vision Grand Prix du Jury.

The first step in the partnership is to put the 10 Fashion finalists and the 10 Accessories finalists chosen by the Festival Jury in contact with the exhibitors who will supply them with the raw materials. Yarns, fabrics, accessories, and manufacturing … All these precious resources help the finalists produce the collections they will present at the Festival in the spring.

To this end, the finalists are invited to the February edition of Première Vision Paris, where they benefit from privileged access to exhibitors from around the world.

Following the results announced by the Hyères Festival jury, the winner of the Première Vision Grand Prix du Jury is awarded €20,000.

The winner then benefits from high visibility at Première Vision Paris, where he/she meets thousands of international industries and has a dedicated space presenting his/her work.

Fifteen years ago, Première Vision was the first trade show to organize and finance a framework of advice and action for exhibitors and their buyers. Première Vision takes a strong stand regarding copyrights and the theft of intellectual property.

Stolen patterns Copied designs Counterfeiting : At the show, Première Vision’s Copyright Unit assists you in protecting your creations, by providing you with the advice of professionals who are experts in apparel and textiles, and specialized attorneys.

A specialized office of textile-apparel industry experts is at the disposal of exhibitors and visitors to the shows comprising Première Vision Pluriel. Here they may seek information and advice concerning:

My on line sourcing →

Dive into the Spring/Summer 2022 season with the Première Vision Color Range and its exclusive colors! Bonus colour chart poster for the first 300 orders of the digital colour range